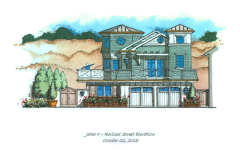 My most recent project started out as a "Curb Appeal" study and is defined by a Mid-Century home in Newport Beach which needs a major re-design. The goal is to transform this innocuous house into a Cape Cod "Coastal Style" home.

Please also feel free to use my  contact form. 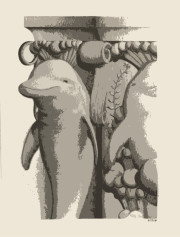 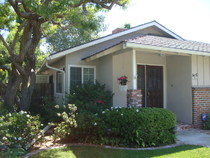 This recent project is defined by and attributed to a very enthusiastic client. There is nothing better for a designer than to work with a client who is always one step ahead of you.

Our goal was to transform a vintage 1959 East-side Costa Mesa Cottage into something my client dreamed about for over 30 years. We started by creating an "open" floor plan that was previously encumbered by a freestanding and grossly over-sized fireplace which broke up the living spaces into 2 separate and disconnected rooms. The formal Living Room was seldom used and the casual Family Room was under-sized serving as both Dining and Family Room. The removal of the massive fireplace was not so easily done and required a large flush beam be supported by 2 new posts and reinforced pad footings below at each end of the beam. The cost was considerable but the client knew what she wanted and was willing to endure the cost and inconvenience. The addition of a center island where the dining table was provides the client twice the counter and storage space, and seperates the Kitchen from the Dining Room.

We also expanded the Master Bedroom to include a large Walk-In Closet and Retreat with a sliding glass door to connect to the great backyard- a connection that had not previously existed.

We also completely renovated the Master Bathroom to include a  large walk-in shower over twice the size of the original and new cabinetry and fixtures.

Other improvements included expanding the adjacent Bedroom to include an alcove for a home office, the remodel of the Guest Bathroom and some exterior renovations including a new terrace off the Master Bedroom and landing off the Family Room.

Before and After Photos 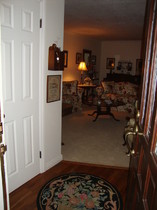 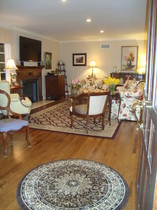 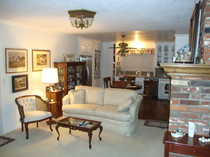 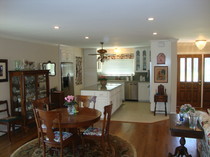 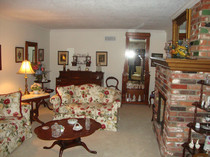 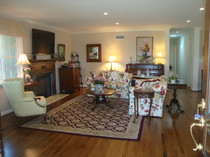 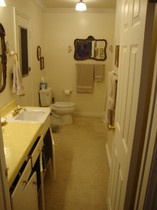 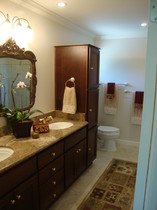 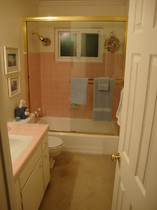 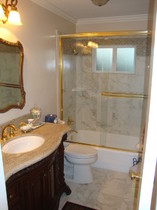 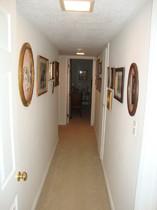 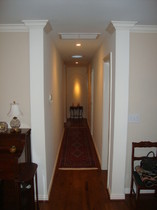